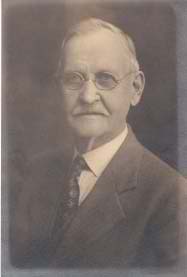 Charles Leland Kenyon served the community as a beloved funeral director for 50 years. The founder of Kenyon Brothers, "Leo" was indeed Elkland's foremost civic leader and educator from 1900 until his death January 13, 1936. He served on the Boro Council and for 27 years was president of the Elkland School Board, taking an active part in all civic affairs.

This week the Kenyon Funeral Home marks its 60th Anniversary as the Cowanesque Valley's leading House of Morticians. The firm was founded in June of 1889, and it's growth has paced the expansion of the Village of Elkland as it grew to be the largest industrial town in Tioga County.

The Funeral Home was founded by Charles Leland Kenyon and Abraham B. Kenyon under the name of Kenyon Brothers. The men were natives of Sylvania, Penna., where C.L. Kenyon had been associated with Funeral Director Charles Waldo for 16 years.

The Kenyon Brothers opened funeral parlors in the Parkhurst Street building now occupied by Charles Surina. Shortly after, a line of furniture was added and 5 years later they moved to their present location after erecting the building in 1894.

In 1910 the Kenyon Insurance Agency was formed and shared the same roof as the Funeral Home and Furniture Store.

When Charles L. Kenyon died in 1936 his son, Thorne A. Kenyon, became head of the firm. The original partner, A.B. Kenyon, passed on in 1940 at the age of 91 years, leaving the entire business in the hands of T.A. Kenyon. 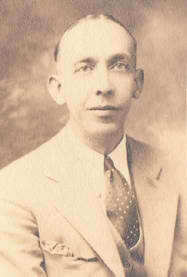 Thorne A. Kenyon, only son of the founder, Charles Kenyon, joined the firm in 1921 after graduating from Eckels College and serving in the Armed Forces during World War I. Like his father, he has always taken an active interest in community betterment and has headed several civic and business groups, as well as the firm since his father's death in 1936. He was president of the Elkland School Board during the building of the new school, has served on the Borough Council, and is a past president of the Elkland Fire Department.

Thorne Kenyon was joined by his son, Charles L. Kenyon, in March 1946 and a year later the Funeral Home was separated from the furniture and insurance business.

The building was renovated last year to provide more space for furniture display and since that time the firm has taken the agencies for several nationally known lines of furnishings and has increased furniture stocks.

By Handcar and Raft

Mr. C.L. Kenyon, on June 1889, came into Cowanesque Valley contemplating opening a funeral and burial service in the booming village of Osceola, which at that time was considered the 'town to be" and a better business bet than Elkland. But Mr. Kenyon never reached his destination for a wall of water had swept down the Cowanesque on Saturday, June 1st, and when the traveler reached Lawrenceville his path was blocked by the debris and destruction left by the great June Flood.

Train service was halted by flood damaged bridges and road bed, so Mr. Kenyon and others finding it necessary to come up valley, used a handcar from Lawrenceville to Elkland.

The group must have arrived in the early afternoon, for flood waters still inundated the areas between the Fall Brook Station, (Now the New York Central) and Main Street and it was necessary for the party to raft luggage and themselves from the station to the high ground along Main Street.

No Room At The Inn

Because trains were not running, Elkland was crowded with travelers and the party found themselves without hotel accommodations. However, hotel proprietor George Signor secured a room for Mr. Kenyon at the home of James Ring. (The Ring home is now Kenyon's Funeral Home).

George Signor had moved the old frame church from the site of Parkhurst Memorial to make room for the new church and had rebuilt the building as a business block at the rear end of the Hotel Signor.

Mr. Kenyon found George Signor and James Ring good company that damp Saturday night, for Mr. Ring was celebrating the absence of his wife who was visiting relatives for the weekend and during the nights' laughter, Mr. Kenyon decided to stay in Elkland and rent the Signor Annex.

Mr. Kenyon returned to Sylvania and a short time later came to Elkland with a horse-drawn hearse that was built with the assistance of cabinet maker Charles Waldo under whom Mr. Kenyon had severed his apprenticeship. The Kenyon Brothers then moved their families to Elkland.

At this time the Elkland Furniture Company was producing a fine line of Oak bedroom suites and other furniture. In cooperation with Kenyon's, the mill established a furniture room for out-of-town buyers in the "old roller skating rink" building which occupied the site of the present Boro Building.

Business boomed and the Kenyon Brothers soon became an integral part of the expanding community. Mr. Charles, the funeral director, took an active interest in boro government, civic affairs and business promotion. His partner, A.B. Kenyon, assisted with the funerals, drove a magnificent team of funeral horses, and was a guiding influence in both the local and county fire departments.

In 1893, the brothers purchased from C.L. Pattison the land for the present building. A blacksmith shop stood on the site which was next to the Amos Fenton Livery stable.

The building was erected during the winter of 1893 and spring of 1894 by Elkland contractor Charles Preston. Timber for the building was purchased from Clark Bailey and sawed at his mill in Buckley Hollow. The 24 foot, single piece rafters used in the construction attest the standing of some virgin timber in this area as late as the turn of the century.

The upstairs was fitted for two apartments where both families lived until the space was needed for the business.

Thorne has often said that he grew up with the business--no idle boast this, for he was born in the front room on the second floor.

Sometimes later, "Abe" Kenyon, purchased the farm now owned by Reed Smith. He remained a partner in the business, but operated the farm.

The C.L. Kenyon home is now the Funeral Home and the home of his grandson and wife, Mr. and Mrs. Charles L. Kenyon II.

The name Kenyon has been associated with every worthwhile project ever undertaken to make Elkland a better place to live. Journal files give visual proof of this, as will Fire Department, School Board and Boro Council Records.

The first Kenyon advertisement appeared in the Journal in 1888. To the best of our knowledge, they have never missed an issue since that date. The furniture store has always been used as a meeting place of Civic groups. Here is housed Welfare relief equipment and the village inhalator. At least two business associations were formed here, as was the Men's Club and the Lions Club. It has been used for special meeting of fire departments, boy scouts, Welfare Groups, school boards and councils.

The three generations of Kenyons have taken active part in all organization affecting our welfare over the past 60 years. Space does not permit listing of all of their activities.

"Abe" Kenyon was vice president and president of the County Firemen's Association and local Fire Chief for more than 20 years.

C.L. Kenyon was president of the Elkland School Board for 27 years and a Deacon in Parkhurst Memorial Church.

T.A. Kenyon has served on both Council and School Board, been president of the Fire Department, Men's Club, served on the Boy Scout Troop Committee and other civic committees too numerous to mention. Both he and his son, Charles, served in the armed forces and both have headed the Welfare Association. 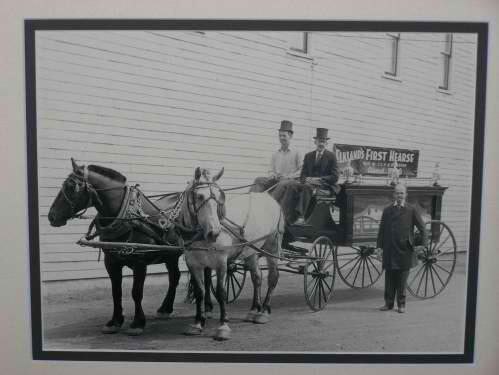 The original hand-made wooden hearse used by Kenyon Brothers for many years is on display at the store. (Above photo taken in 1950, during the Elkland Centennial Parade).